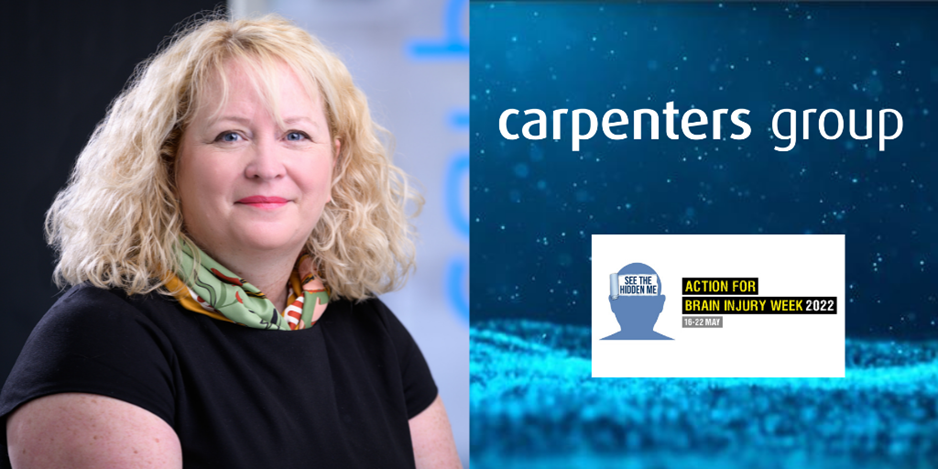 As part of Action for Brain Injury Week our Head of Serious and Catastrophic Injury, Carol Hopwood, spoke to us about the theme for 2022 which is "See the hidden me"

"This year’s theme for Action for Brain Injury Week is the “See the hidden me”. Brain injury is often referred to as the “hidden disability" and with good reason.  I speak with personal insight.  In 2015, my husband suffered a brain injury in a road traffic collision along with various broken bones.  The broken bone injuries were obvious, he was in pain and people could see the injury he had suffered.  But he also suffered a brain injury. The injury was not catastrophic but it was serious enough to end his career.  He looks “normal” and the problem with that is that people assume he is normal.  Because he looks normal, people have a certain expectation of him.  Even close family and particularly his former employers.

However, he struggles with concentration, motivation, word finding, mood and fatigue.  He needs to set alarms and reminders and have a list of things that he needs to do or he forgets.  If he is fatigued he doesn’t function properly so he has to recharge by having a sleep.  His fuse is much shorter than it was before and we have all had to adjust.  Yet he looks normal.

This is also a common discussion point at Headway Sefton where I volunteer and support brain injury survivors and their families.  Time and again, our members tell us how frustrated they feel because people just “don’t get” that they have a debilitating injury that impacts their lives.  We have therefore arranged talks from medical experts for families and run carers days to help friends and family to better understand the impact of this hidden disability.  The DWP and Ambulance service have also engaged with us to better understand the impact of brain injuries.

Sunflower lanyards help but not everyone wants to wear one and not everyone knows what they are about. For those that don’t know, the sunflower lanyard is a globally recognised symbol for non-visible disabilities so if you see someone wearing one, just bear in mind that they have a hidden disability of some sort.

I sincerely hope that the campaign by Headway UK this year helps to raise awareness of the battles that brain injury survivors face every day despite “looking normal.”