Carpenters Group reveals how its MGAA partnership came about 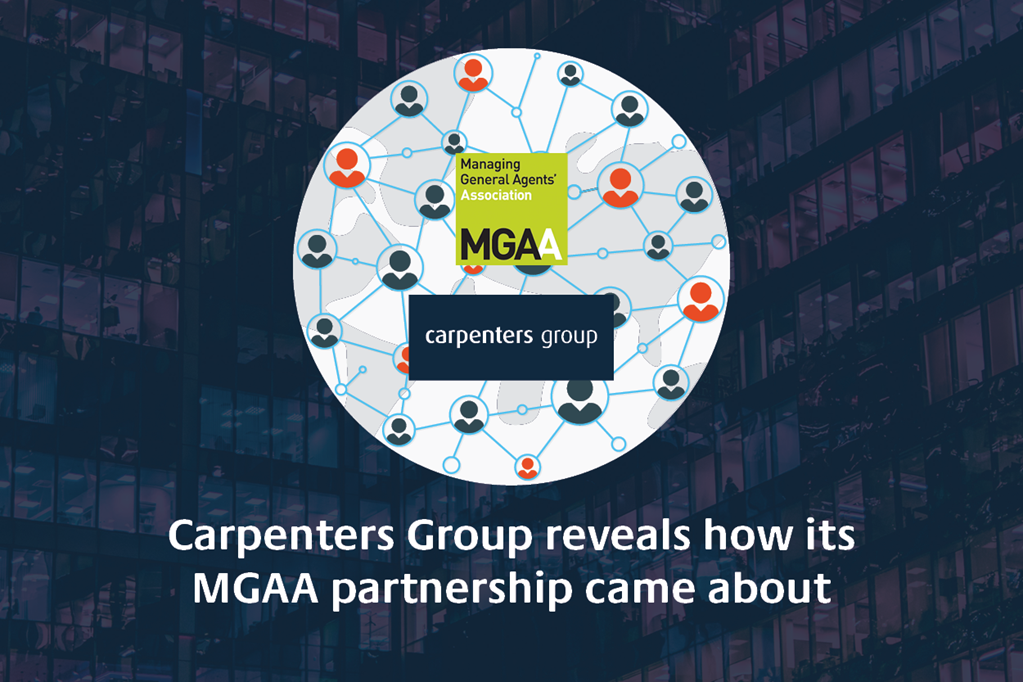 Though the timing of Carpenters Group’s partnership with the Managing General Agents’ Association (MGAA) was not planned, it could hardly have been better timed as many MGAs are still trying to come to grips with the raft of reforms sweeping the legal space. Discussing the partnership, claims strategy director at Carpenters Group, Simon Smith, noted that it is now more important than ever for MGAs to have easy access to expertise, guidance and support.

The partnership first came about as the Carpenters team was increasingly being approached by businesses who wanted to work with a credible partner on claims services, from first notification of loss to liability decision making, he said. As that B2B demand grew, the firm thought about the proposition from an MGA perspective, given the size of that market and the demand for its services.

“Our experience through having 10 years of handling TPA services for businesses as large as Aviva meant that we were perfectly placed in terms of our experience and our agility to look after new-to-market insurers,” he said. “Interest really helps, if you get people asking if you do something, then that’s a really good sign.

“And what’s buoyed me and the team is that our success was initially just from word of mouth. I think there’s more we can do in this marketplace. And the MGAA, from our perspective, is a great cohort and we know we can really add value to their customers. There are so many great businesses that are part of that membership community.”

Smith noted that now is the perfect time to be working alongside the MGA community as they possess the agility and flexibility increasingly being demanded from insurance services. There is a demand for change from consumers, he said, and that change has to come fast.

“Some MGAs that are new to the market are new to the market for a reason,” he said, “which is that the services and the scope of services that they are offering the insurance market may have never been offered before. So it’s a very exciting time. And MGAs [have] a lot of creativity, a lot of innovation and a lot of entrepreneurial spirit which gives them a real ‘walk through walls’ mentality. As a partner, that means we walk through those walls at the same time, if that’s what they need us to do.”

And, as a supplier partner, Carpenters now has the opportunity to give MGAA members access to its end-to-end claims service offering.

The claims environment is changing rapidly – claims frequency is changing based on people’s driving habits and behaviours. For instance, for dozens of years, the busiest day for claims was always a Monday but now that’s shifting because remote working and homeschooling have changed the usual pressures of a Monday morning commute. Strong, accessible partnerships which share data and expertise are the key to keeping pace with all the innumerate alterations happening across this space.

“So, we can talk to MGAA members about the data that we’ve got within our business and as a TPA,” he said. “Across the bigger expanse of Carpenters Group, we dealt with 415,000 FNoL notifications last year. So, from a player’s perspective, we’ve got a great horizon view, because of the data that we have and because of the broad range of services we offer across the market. And that’s what makes us unique in this space.”