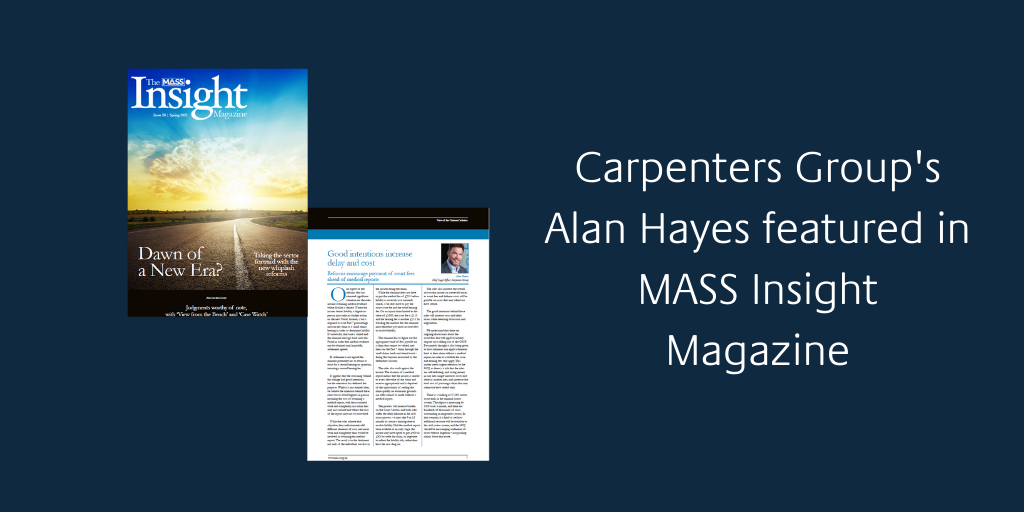 Reforms encourage payment of court fees ahead of medical reports

One aspect of the reforms that has attracted significant attention are the rules around obtaining medical evidence where liability is denied.  Where the insurer denies liability, a litigant-in-person must take no further action on the new Portal.  Instead, s/he is required to issue Part 7 proceedings and run the claim to a small claims hearing in order to determine liability.  If successful, that case is stayed and the claimant must go back onto the Portal in order that medical evidence can be obtained and, hopefully, settlement agreed.

It appears that the reasoning behind this change had good intentions, but the execution has defeated the purpose.  While it is not entirely clear, we believe the intention behind these rules was to avoid litigants-in-person incurring the cost of obtaining a medical report, with the associated work and complexity, in a claim that may not succeed and where the cost of the report may not be recovered.

While the rules achieve that objective, they unfortunately add different elements of cost, and more work and complexity than would be involved in obtaining the medical report.  The result is to the detriment not only of the individual, but also to the insurer facing the claim.

While the claimant does not have to pay the Medical fee of £218 before liability is resolved, as it currently stands s/he does have to pay the court issue fee and the court hearing fee.  On an injury claim limited to the value of £1500, the issue fee is £115 and the hearing fee is another £115.  In avoiding the medical fee, the claimant must therefore pay more in court fees to resolve liability.

The claimant has to figure out the appropriate band of fees payable on a claim that cannot be valued, and then run the Part 7 claim through the small claims track and attend court - facing the barrister instructed by the defendant’s insurer.

The rules also work against the insurer.  The absence of a medical report means that the insurer is unable to assess the value of the claim and reserve appropriately, and is deprived of the opportunity of settling the claim quickly on economic grounds.  An offer cannot be made without a medical report.

The process will increase burden on the Court Service, and both sides suffer the delay inherent in the civil court process – it may take 9 or 12 months to secure a hearing date to resolve liability.  Had the medical report been available at an early stage, the insurer may have opted to pay £400 or £500 to settle the claim, or negotiate to reflect the liability risk, rather than have the case drag on.

The rules also increase the overall cost to the insurer on successful cases, as court fees and defence costs will be payable on cases that may otherwise have settled.

The good intentions behind these rules will increase costs and delay cases, while deterring discussion and negotiation.

We understand that there are ongoing discussions about the court fees that will apply to liability dispute cases falling out of the OICP.  Presumably thought is also being given to how claimants can apply a financial limit to their claim without a medical report, in order to establish the issue and hearing fees that apply.  This matter needs urgent attention by the MOJ, as there is a risk that the rules are self-defeating, and saving money in one area simply increases costs and delay in another area, and increases the total cost of pursuing a claim that may otherwise have settled early.

There is a backlog of 57,000 crown court trials in the criminal justice system.  That figure is increasing by 1000 cases a month, and there are hundreds of thousands of cases outstanding in magistrates courts.  In that scenario, it is hard to see how additional resource will be available to the civil justice system, and the MOJ should be encouraging settlement of cases without litigation – not pushing claims down that route.