Donna Scully on maintaining ethics while building a successful business 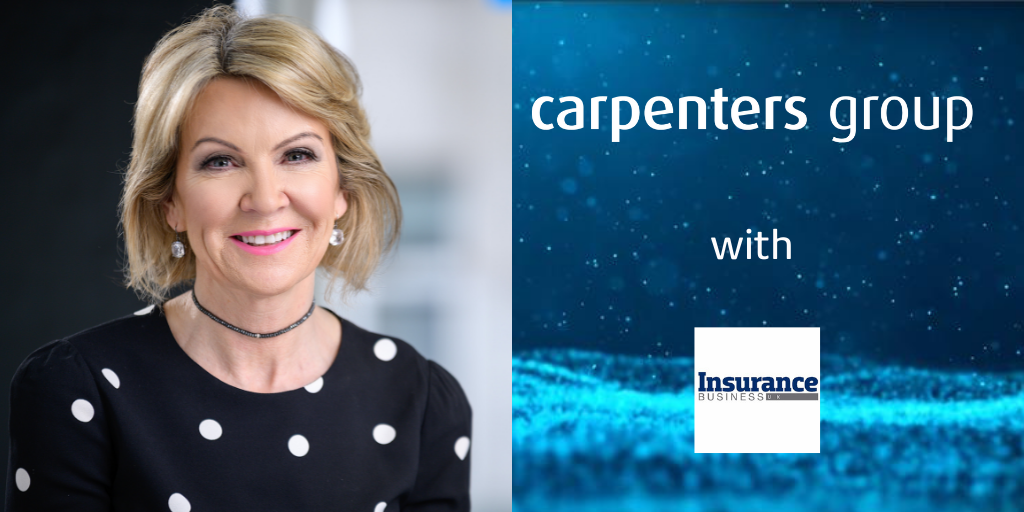 "That actively utilising social media channels can be a double-edged sword is a statement that surely very few insurance professionals would argue with. For every strong industry or client relationship the medium fosters or glowing testimonial it hosts - there remains the nagging concern that any day could bring unsolicited commentary or unfair critique.

The answer to combatting this, according to Donna Scully (pictured) director and co-owner of the legal services provider Carpenters Group, and a social media aficionado, is deceptively simple – you must be able to back up every claim and assertion you make online. Scully who established the firm alongside her husband John Carpenter almost 25 years ago, highlighted that the business was founded on the idea that it would live by its own standards and by doing so, set those standards for the wider market.

It is having that ethos in place that allows you as a professional and your business to move on unscathed, and in Carpenters’ case even stronger than ever, when negative attention is directed your way. Scully highlighted a recent example of this where somebody published a negative post, accusing the firm of engaging in industry behaviours which they pride themselves on being opposed to.

“I looked at the post, and my first thought was to let it go because [the poster] hasn’t got many followers, but he’d tagged me in and tagged Carpenters in too,” she said. “Then I thought to myself ‘we don’t do this and we’re against this kind of behaviour in the market’. I spoke to my chief legal officer, and knew we had two options – we could just let it die because likely nobody saw it, or we could stand up and be counted.”

“And I didn’t think we could let it go, we had to say something. So we contacted him and he issued an apology at the beginning of January, which I re-posted. [A situation like that] really shows you who your supporters are, as well, because a lot of people liked that post and supported us, and a lot of people privately messaged me to say, ‘thank you for standing up, thank you for calling out lies’. Because sometimes people lie like that, and they don’t get called out, so they do it again. But this guy will never do it again.”

That proof that people can and do lie and commit libel online is a lesson to professionals, not about the power of social media but rather the necessity of being able to substantiate online declarations. Scully noted that part of being engaged with online platforms is being ready to set a high bar and stand up beside it on a public forum - understanding that should you put a foot wrong, it will be very visible.

Looking back to the early days of the business, Scully highlighted that when Carpenters began, it was a saturated market in personal injury, with some major ‘PI factories’ seemingly cornering the market. She and Carpenter thought carefully about what they wanted to achieve, she said, and she felt strongly that there would always be room in that market for people who wanted to work in an ethical way.

“That was really our USP,” she said, “to do the job ethically, to keep our hands clean and not to get in any conflict of interest with our clients, and to provide a really good service. That’s what we’ve always tried to do. Obviously, we wanted to move into acting for insurers and brokers and MGAs, and they’re big brands so you’ve got to protect their reputations too. I feel like if we show that we can build our own very well then [businesses] can trust us to manage theirs too because we do a lot of outsourcing work for insurers and brokers, etc.

“John’s word is his bond and he’s very well known for that in his area of law. When I met him, it was a very good grounding for me, as a younger lawyer, to see that. I saw that he didn’t need to get things in writing because if he said he’d do it, he did and everyone knew that. I knew that I would love to have that kind of reputation as well. I think that’s how it should be. Another thing we both decided on was that while we’d like to be successful, we weren’t going to set out to be successful. We set out to be good at what we did, and then ended up being successful as a result of that.”

Carpenters was founded on the principles of having good IT, good people and good processes – and underlying that was an ambition to always act ethically. That ethos, set out in those early days, has never wavered. If you treat staff well, she said, and invest in them, train them and set out a solid career path for them, the rest will follow.

And while competition can be healthy, she firmly believes that it is possible to have competition and still behave like a human being. Scully emphasised how important collaboration is across the industry. It’s a word that has become a bit misused, she said, but at its essence collaboration is about being pleasant, constructive and open-minded – even though you’re competing.

“So, I can still sit around the table with competitors and say, we’re after the same business, but we don’t have to be mean to each other, we can still be on good terms with regards to how we run the market and how we lead anti-fraud [initiatives],” she said. “There are some common denominators where we can do things well and where we can give back as an industry. That’s where we come from [as Carpenters] and that’s what we’ve always tried to do, and luckily our team also have that ethos as well.”"