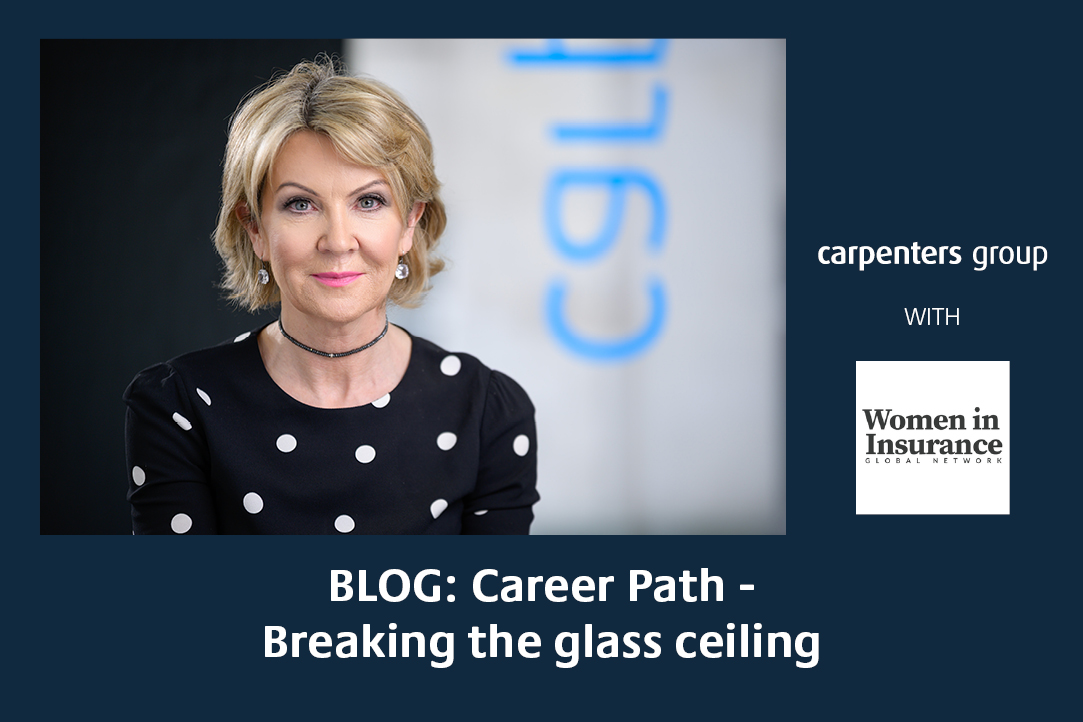 Our Director, Donna Scully, spoke with Women in Insurance Global Network about her career path and how she broke the glass ceiling.

"My career path has not been straightforward, in large part because of some poor decisions I made early on. I have few regrets though. I am not someone who generally looks back but prefer to look forward.  Still, leaving school at 16 was a really bad decision. It was rash and ill-thought out, but I knew little better at the time and received little guidance about my options. There is a reason of course why we bang on about the importance of education. A conventional education would certainly have made my life easier, but back then I was taught (by nuns) that success and self-worth was measured by how soon you got married and my education was all about ‘being a good wife’.

I will always be a proud Dubliner and leaving when I was 20 to arrive on the shores of England was a big risk; one that could have gone very wrong. Fortune has smiled on me though, combined with a lot of hard work.  Working as a legal secretary expanded my career horizons  and helped drive my ambition. Learning to touch-type has also proved very useful. I attended night school to study law and eventually qualified as a solicitor in 1995. As a gobby Irish woman it took a while for me to be taken seriously, but I slowly began pushing on the glass ceiling in London and then later in the North West in various firms, having taken another risk in moving cities.  I learnt, sometimes the hard way, to stick to my guns and persevere, not to worry unnecessarily what other people think of me and not to listen to those who might run me down. I grew in confidence, began to believe in myself, learnt not to be too hard on myself and stayed focused and determined. I was like a sponge for knowledge and information.

Historically, the insurance and legal sectors have been very male dominated, but it is steadily improving, and I hope that I have played a small role in that. Carpenters Group, which I joined in 1997 as joint owner to set up its specialist Personal Injury department, is now one of the UK’s leading providers of legal and claims support for RTA claims with over 1000 staff across six locations in the UK & Scotland. It is a diverse and inclusive company, actively promoted with enlightened employment policies and with no barriers to entry for those who have ability.  Over 58% of our staff are women, 50% of our Executive Board, 61% of the Operations Board and across the business 59% of managers and team leaders are women. With the current WFH environment presenting a whole set of new challenges, especially for women who may be juggling parenting and career, employers need to be particularly flexible  and understanding right now. We are flexible about when work is done so it can fit in with difficult juggling during Covid and WFH.

I have always tried to stay grounded throughout my career, and John my co-owner,  trusted family and friends have always ensured this. I did get married later in life and now have two wonderful 20 year old twin sons. I now understand that success does not make you a better person and is always relative. There is always something new to learn every day and you can improve constantly. I have been lucky in life and I always try to remember the people that have been less fortunate. If I had to name one career lesson it would be to recognise that you are typically the main barrier to holding you back and once you’re no longer encumbered by your own self-doubts, your career will likely blossom. I really shouldn’t have worn 5-inch heels for 30 years either but Pilates is helping with that!"