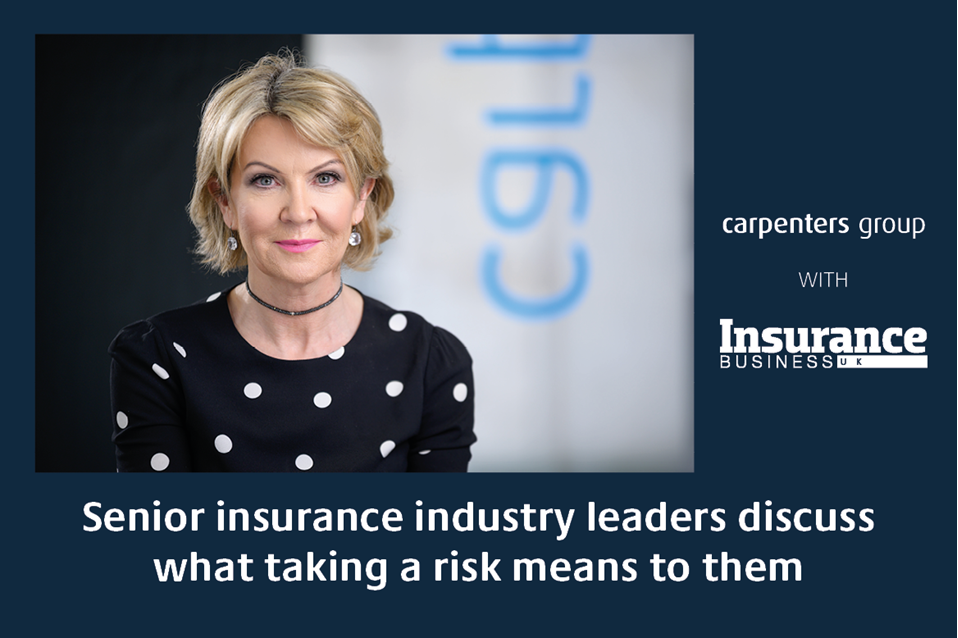 Director, Donna Scully, has been speaking to Insurance Business UK as part of an expert view.

"No risk, no reward. It is the truth behind those simple words that emboldens each of us to take the next steps in our careers. Whether it’s taking on new responsibilities, finding a new career path or starting a business, making that leap is not an easy decision to make and requires careful consideration.

With this in mind, at the recent Women in Insurance conference, hosted by Insurance Business, one of the panels focused on ‘Taking a Risk – How do you Further Your Career’. During the discussion, which was moderated by the head of client services at McLarens, Sandra McDonald, panellists examined how they each made the calls which have shaped their careers.

Kay White, author and owner of Way Forward Solutions, noted that during her 20+ year corporate experience in insurance broking she became familiar with dealing with risk every day. She highlighted how starting at Willis taught her to look at risk from the perspective of ‘what is the worst that can happen, and if the worst does happen, how will I handle it?’

Director and owner of Carpenters Group Donna Scully  agreed that the question of what she had to lose was always key to her decision regarding whether or not to take a risk. Having a fallback position is also essential, she noted, as it gives you the freedom to take risks and to know that it won’t be the end of the world if it doesn’t work out. Her career has been characterised by throwing herself into new opportunities. When she first went to night school to study law, she knew she could always go back to being a secretary, and when she first moved to London she took a chance though it meant an initial demotion from being a fee-earner to going back to a secretarial position.

“I knew I could work my way up to being a fee-earner again,” she said, “and then I left London for Merseyside, and it was the same thing, I knew if I didn’t like it I could always go back to London. I’ve always given myself that [perspective] of knowing that if something wasn’t great then I could just go back.

“And I think you have to wing it a bit, you can’t know everything, you can just have a go. And you might surprise yourself by actually being good at it. If you’re a quick learner and you’re quite driven and a bit ambitious then you will pick it up. And you should listen to other people around you who have done it before and make sure you surround yourself with good people who will support you.”

Another aspect to the question of whether or not you should go ahead and take a risk is to question how you would feel if you didn’t, according to Paul Johnson, managing director of Davies Resourcing Solutions. That’s a different way of looking at the same challenge, and it’s about really considering whether your decision will lead to regret either way.

“A risk is never black and white, that to do one thing is risky and to do the alternative is safe,” he said. “There’s normally a number of options available to you so taking a risk is about choosing the option which isn’t necessarily the safest but might yield the biggest rewards. And that’s not just financially, but in terms of achieving what it is you want to achieve as a goal.

“So, I think it’s good to consider any opportunity from as many different perspectives as possible – both what the downsides could be and how you would feel if you didn’t take it. And also, I like to talk to other people about it to gain other perspectives because I recognise that sometimes I can get a bit blinkered in the way that I consider things. Trying to take a rounded view of a decision helps me personally.”

Looking back at your career, Scully noted, it’s important to recognise the risks you have taken. Often people don’t recognise them because they’re not viewed as risks if they work out. From her own perspective, she believes she would not have achieved what she has if she hadn’t taken the risks that she did and she wholeheartedly encourages others to do the same.

“Of course, I agree with Paul and Kay not to take just any risks,” she said, “you can’t just be ridiculous every day, you have to weigh up the odds and you have to feed yourself, so make sure you have some kind of back up. But if you feel you want to have a go, then have a go and just try it. No risk, no reward. And I have a saying that ‘nobody died’. If it doesn’t work out and it doesn’t go great then fine, nobody died, so you can just start again. That’s my ethos.”