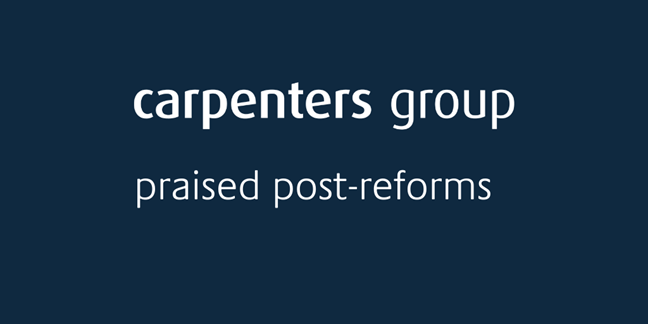 Low numbers of litigants in person, two law firms dominating claims, and solicitors using the wrong portal have been features of the early days of the whiplash reforms, a leading defendant lawyer has revealed.

Ian Davies, a partner at Kennedys, said some of the firm’s clients were reporting that up to 15% of cases coming through the Official Injury Claim (OIC) portal were direct from litigants in person.

This is in line with the 12% LV= recorded in the first 10 days of the OIC going live and raises questions about why so few claimants are using a system that is meant to be accessible without lawyers.

Speaking on a Kennedys webinar yesterday, Mr Davies predicted that the figure would in time fall to 5-10%, especially once legal expenses insurers more actively pushed their products out to the market.

Claims have been “pretty slow coming through”, he said, adding that two claimant firms – Carpenters and Admiral Law – were “dominating” those that have been made so far.

“They appear to be in a position where they’ve got their A2A software sorted and are pushing their claims through,” he said.

At the same time, there were reports that some claimant firms were still submitting OIC claims through the MoJ portal, which no longer accepts them.

“There’s clearly some confusion in the claimant market,” Mr Davies said. “It may be handler error or system error but certainly there’s some error there.”

He speculated that it could be firms that have not yet sorted out their OIC registration and were “taking their chances by going through MoJ portal”.

Other early findings included that claimant solicitors were “rather coy about their referral sources” – with more than 40% ticking ‘Prefer not to say’ on the system – while a large number of claimants were seeking the 20% uplift on damages for exceptional circumstances. Reasons included the vehicle collision speed and level of pain.

Psychological injuries were already “almost a given” – as there is a small extra damages payment for this – while “unsurprisingly” there were many claims for non-whiplash injuries.

Work is underway to take test cases to the Court of Appeal on how to deal with mixed injuries claims, but Mr Davies reckoned this could take up to two years to be heard.

This would be bad news for both claimants and insurers alike and he expected larger claimant firms to seek bilateral arrangements with major insurers to find a way through in the meantime.

The solicitor said a lot of claims were being referred for potential fraud but wondered whether this was in part because insurers were used to claimant solicitors not making claims for whiplash that lasted no longer than a week when, under the new regime, even a couple of hours of whiplash symptoms were eligible."